Totally off topic this time - but tonight, I met Steve Wozniak, and it was amazing.

He went to a small networking event that I attended.  When I signed up for it, I was on the fence about attending - he hadn't been signed at that time - but I decided to go anyway (drug along was more like it, but that's another story).  Then the message came out that he was the guest speaker, and tickets sold out in the blink of an eye.

He talked for about 30 minutes, took Q&A for another 30.  What a super guy.  Incredibly personable. 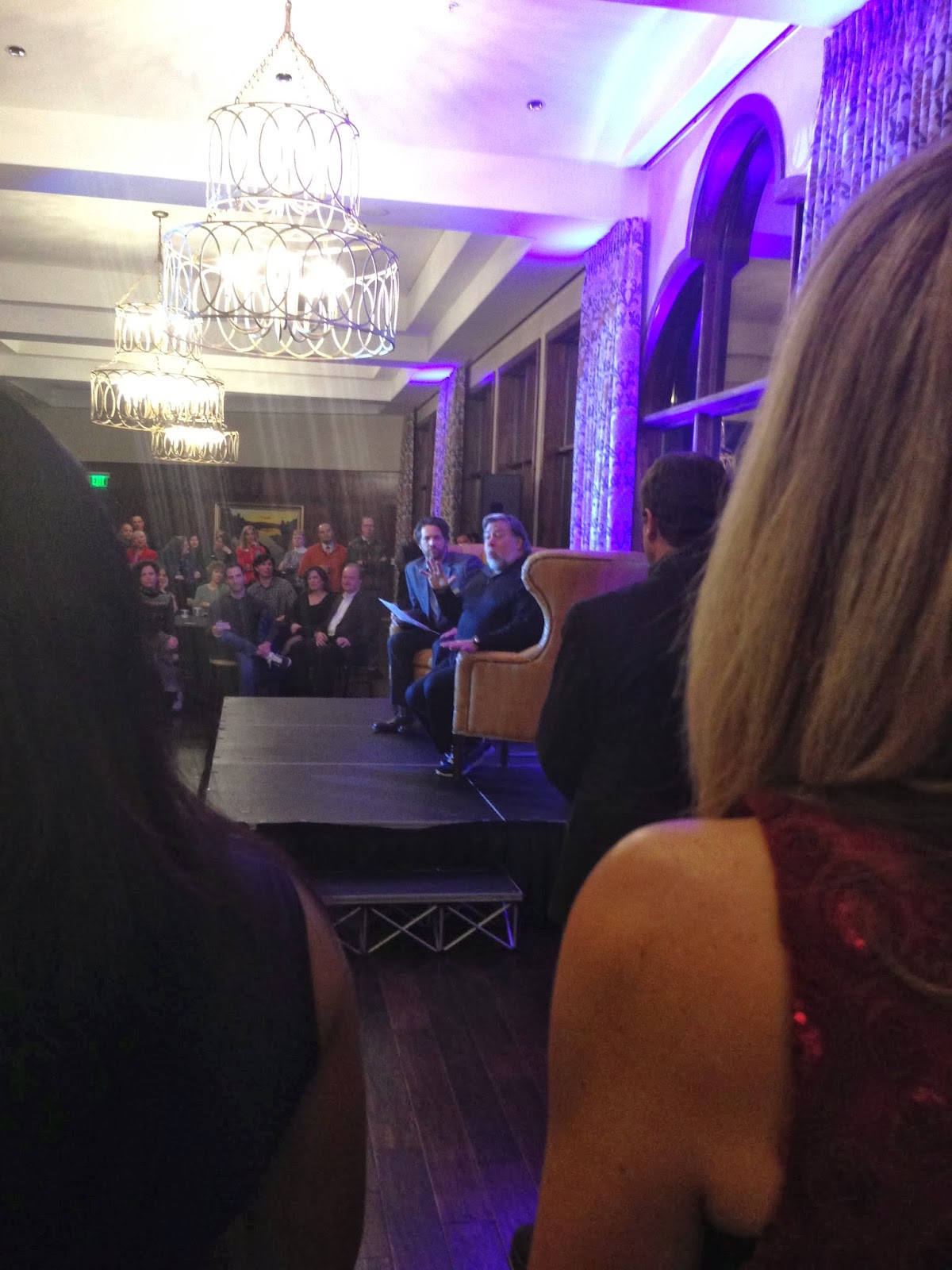 Brief recap of the discussion:
- He spoke several times about Steve Jobs.  Some insightful things, including the mentor Apple had in the early days, and how Steve J learned most of his technique from that mentor (one of their early investors).  Interestingly, it wasn't all positive - he mentioned on several occasions how he wished Steve J had been more generous both in his personality and financially.
- He's such a nerd! (in a good way).  This was a technology business networking function, so inevitably the topics tended to lean towards business. He'd start off on a business topic, and really just end up saying that if you have a cool engineering idea, it'll probably do well.  Then he'd go off on a story about a neat engineering idea.
- He has some interesting ideas about wearable technology.  He doesn't think we've got it nailed yet, and that the smartwatch in particular doesn't have a big enough screen to be usable.
- He's disappointed that computers in schools didn't result in smarter students.  He talks a lot about how people had interest in them as they displayed something new, but the interest didn't stick unless the "new" kept coming.
- He talked a lot about the education system in general.  Interesting ideas about Singularity - http://en.wikipedia.org/wiki/Technological_singularity - and how that might help in learning someday.  Also he hypothesized that Moore's Law (http://en.wikipedia.org/wiki/Moore's_law) is going to fail soon, and that Singularity may be a long way off because of that.
- He made a few good jokes, including a reference that we now ask all questions of the Internet, which was clearly never designed to be an "ask me a question" resource.  He says we now ask all questions of something that starts with "Go" and it's not "God".
-  He had some really positive comments about Google, even a vague reference that there perhaps should have been an Apple/Google merger ... ?  He said Google definitely had Apple licked on human phrase interpretation, indicating Siri did a relatively poor job of taking a human idea and producing an answer, but Google took human phrasing very well and produced ... a page of links (Google doesn't answer questions, for the most part). 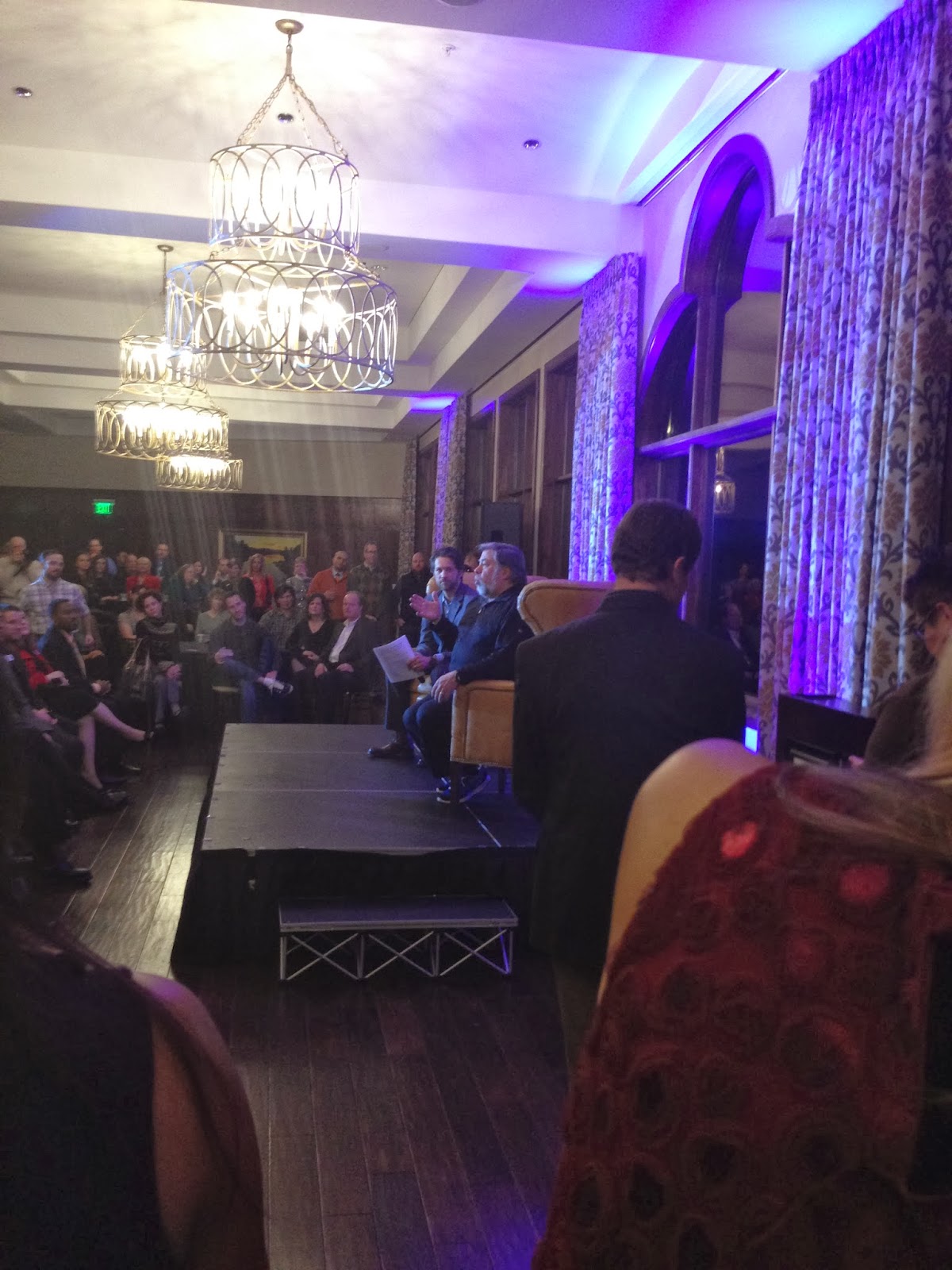 He was signed up for a photo op with the sponsors, but let everyone know in advance that he'd be coming back down to mingle afterwards.

He came back down and gave everyone a chance to take photos, and chatted with everyone, as best he could, for a person that was being mobbed by 60+ fans.

This was my best photo, which was (thank God) taken unbeknownst to me by an old friend, who I happened to bump into there.  Because all my other ones came out terrible.  You can't see it, but I did get to shake his hand. 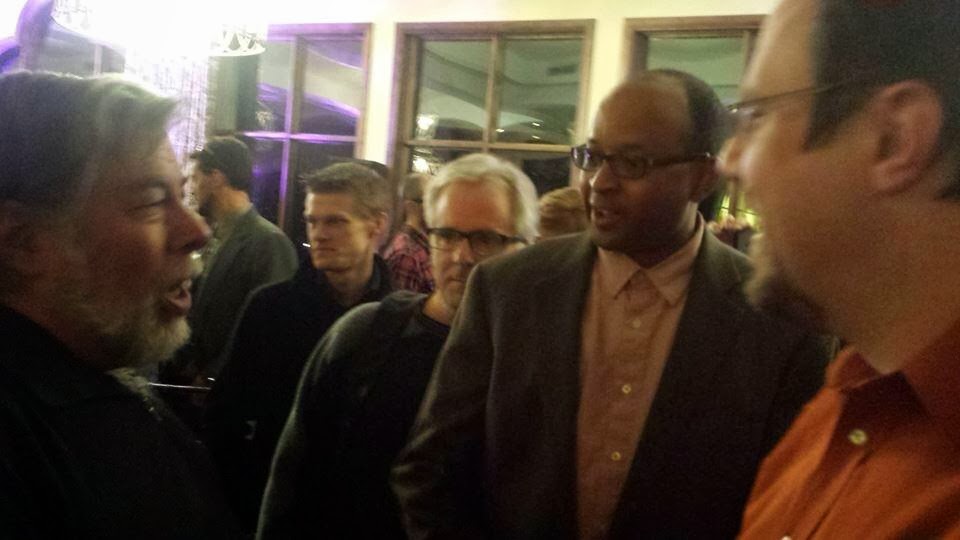 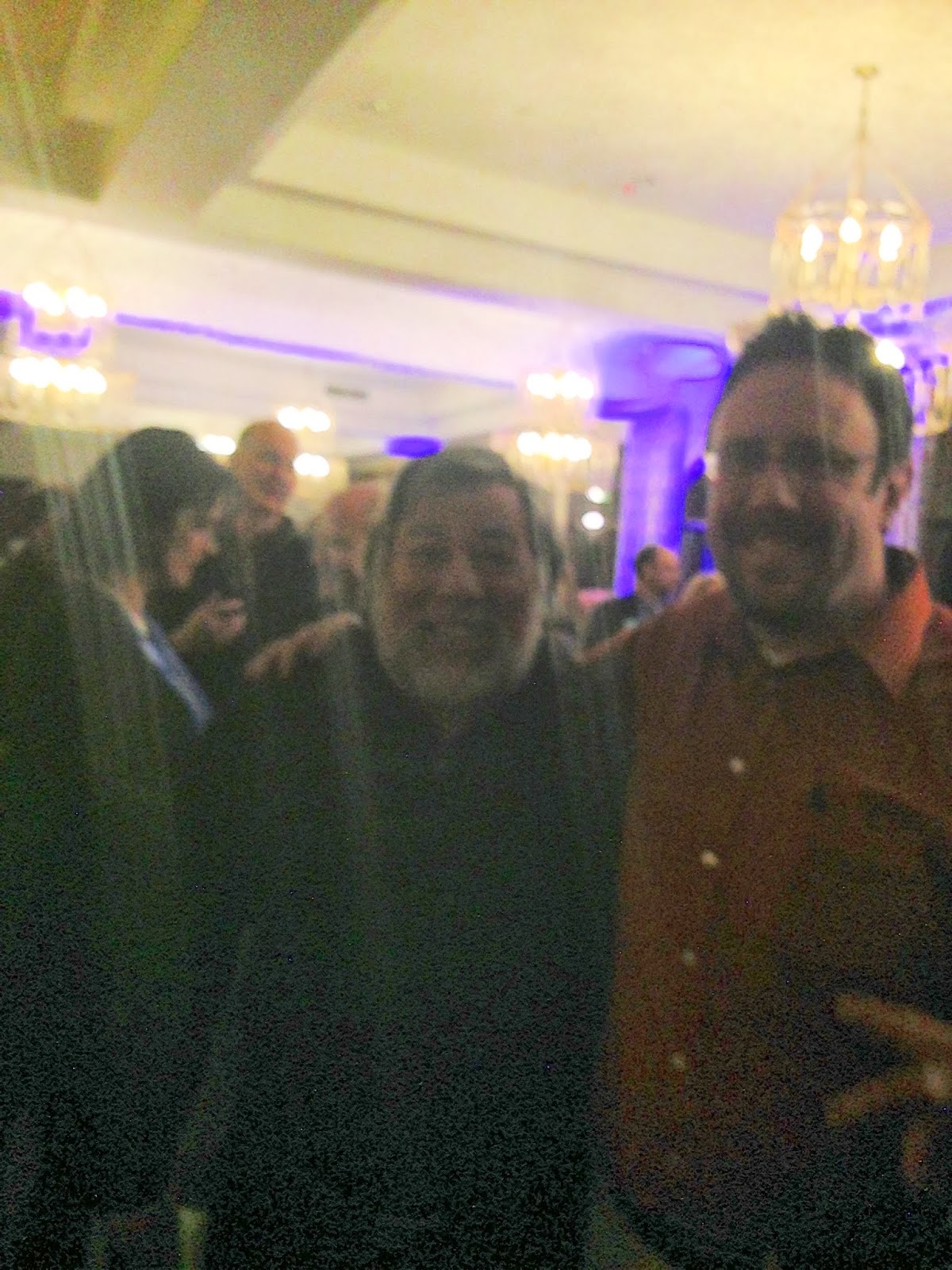 All my other ones had severe lightning problems, unfortunately.

What a great evening!